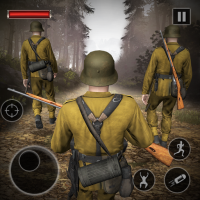 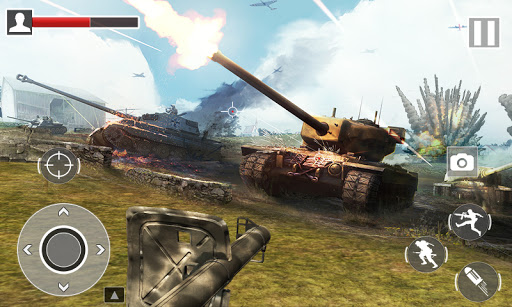 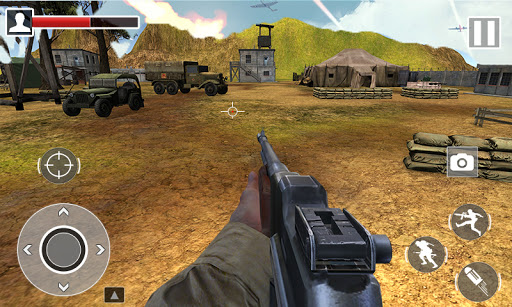 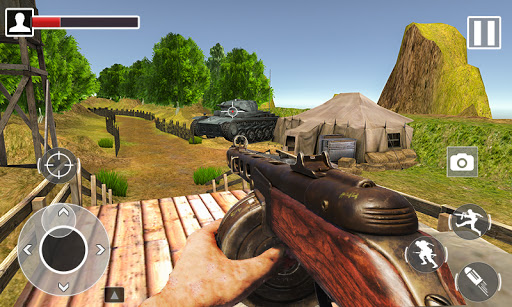 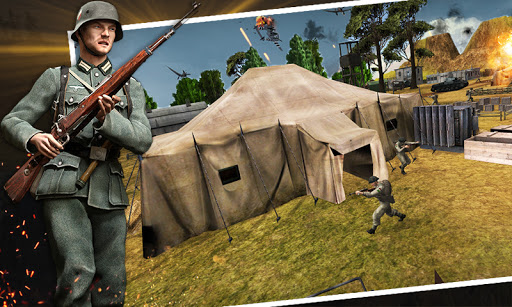 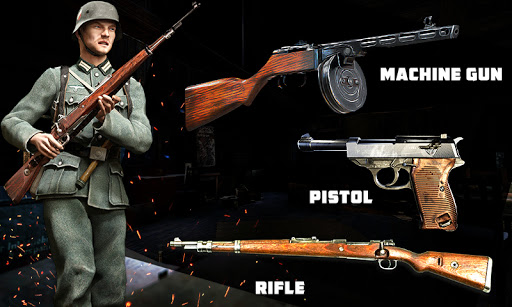 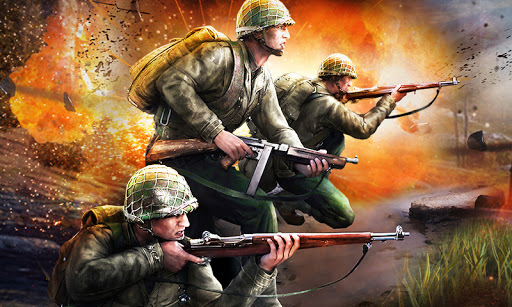 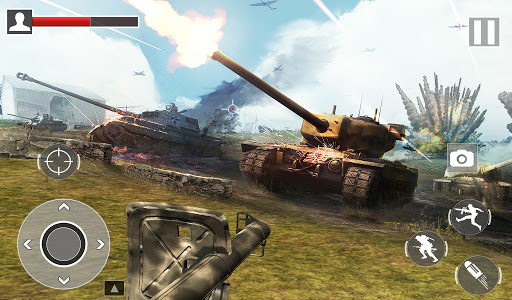 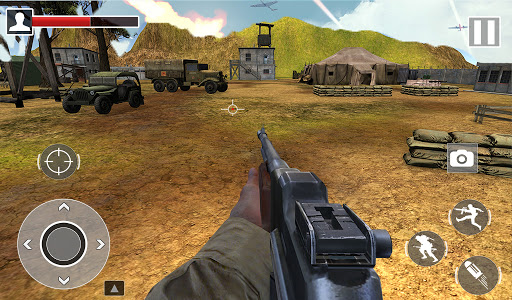 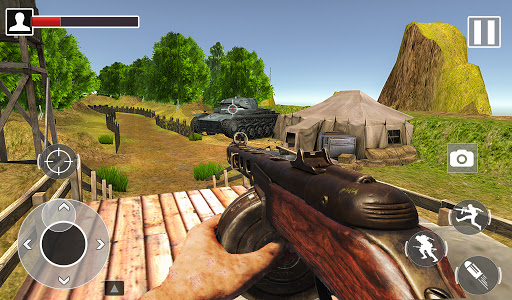 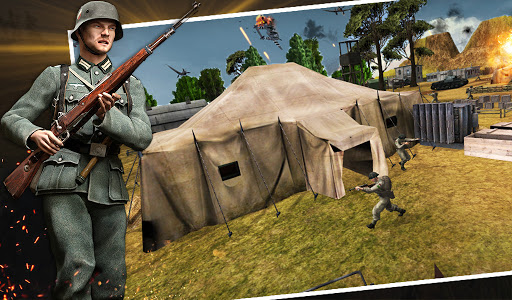 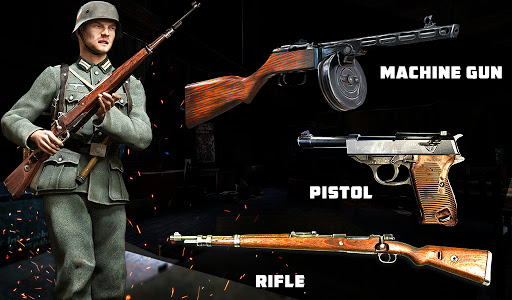 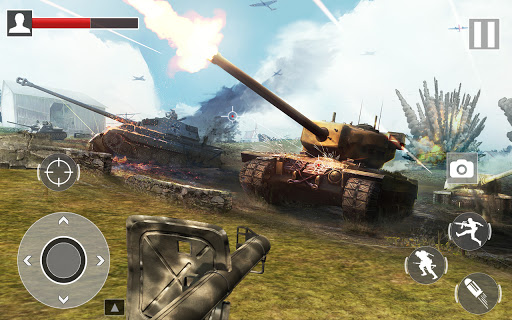 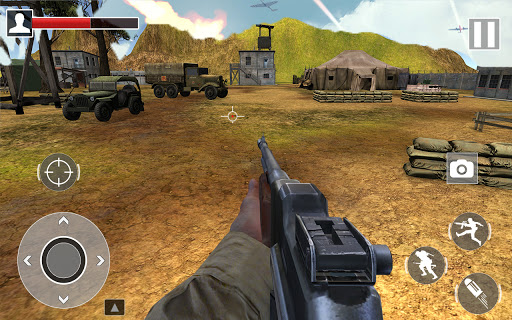 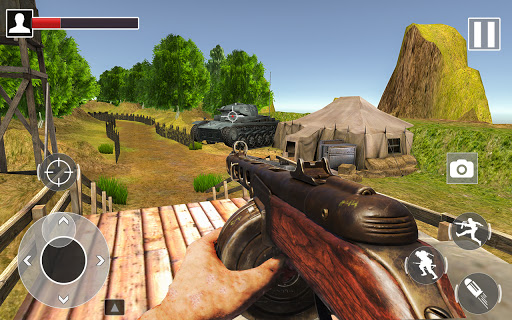 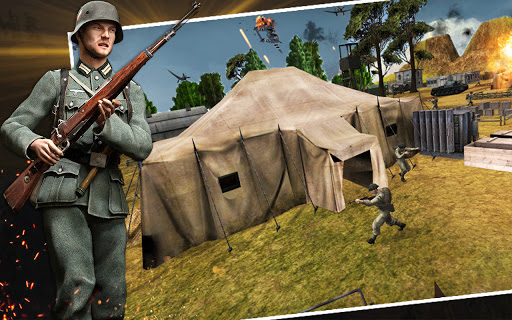 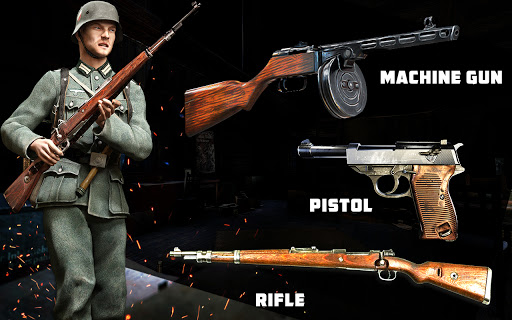 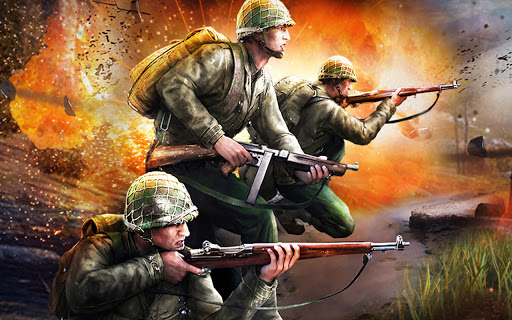 The last battle 3D shooting game is here to take you into the era of world war 2. Play as a special ops team member, in world war ii final battleground US army soldiers were taken prisoner of war in first-person shooting games.

Your mission is to plunge into the world war II game on the frontier and bring back fellow soldiers who are left behind enemy lines. Wear your parachute show paragliding skills and land in enemy territory from a C-130 warplane. Play an intense ww2 shooting game your mission is to destroy enemy tanks, search enemy barracks and help your brother soldiers a safe escape. Play ww2 shooting game and show some valor and patriotism in war prison escape mission in world war 2 game. Hide as ghost in enemy area and help prisoner of war escape the enemy barracks and return home safe.

Ww2 shooting game takes the spirit of a ghost who can vanish in thin air and rescue his fellow countrymen in world war II game.

Live life of a war hero fight for the glory, if you love ww2 shooting game then you will love this newest fps shooting game.